With our projects we focus on areas that are among the poorest in the world. We travel to places where others never reach – because they are too remote, too dangerous or impassable. We focus on one region because we really want to make a difference. 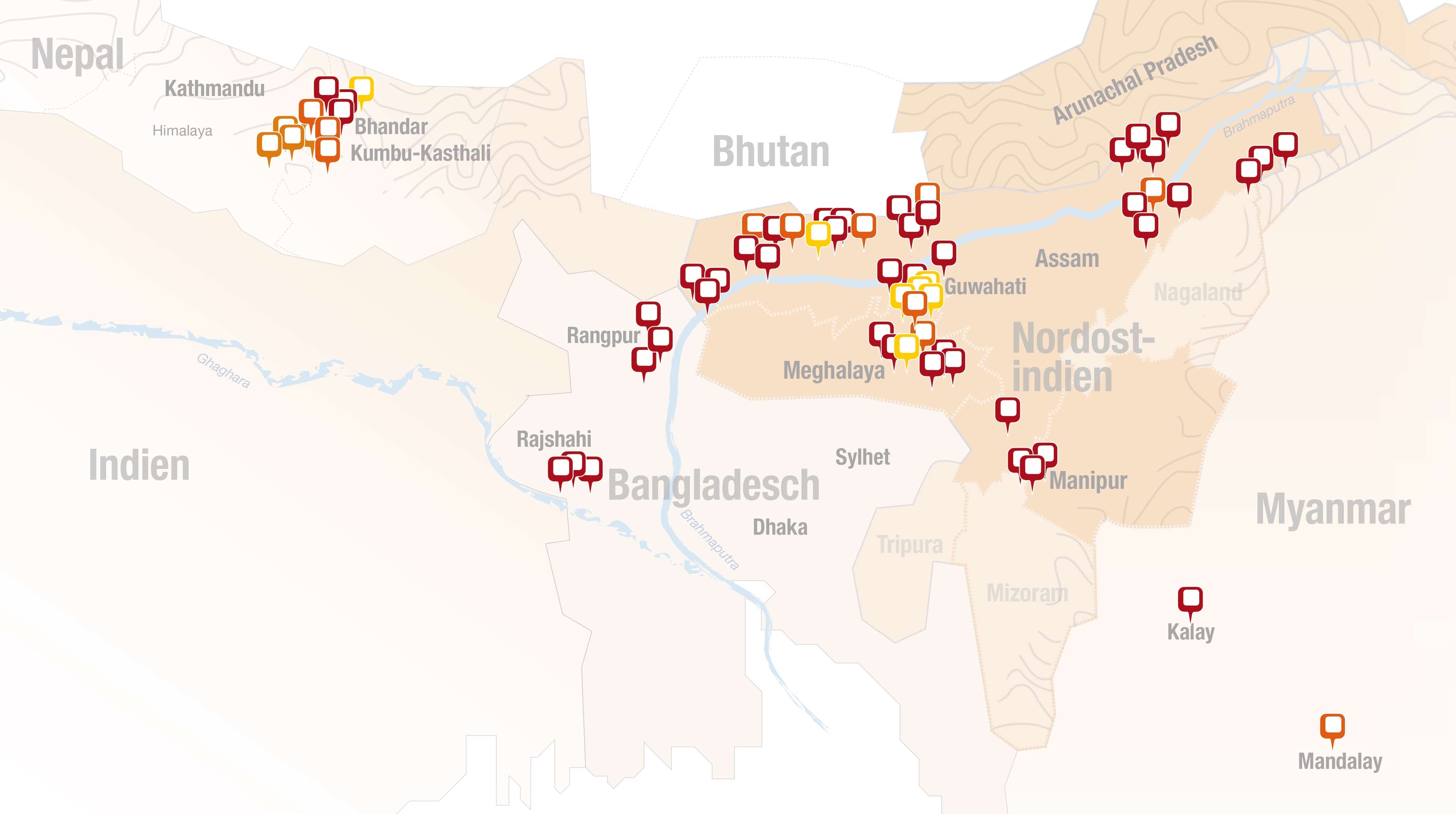 Childaid Network started in Northeast India, a region the size of West Germany with 45 million inhabitants. Northeast India is almost unknown to the world, undeveloped, and with an average annual income of less than one Euro per day per person and poorer than almost all countries in the world.

In the mountains 4 out of 10 children die before they turn five – because of malnutrition, lack of health care and lack of education. Since 2009 we have been the largest charity from outside helping the people in the region. We promise to accompany the people until they have caught up and can take their lives into their own hands. We stand by their side until their children have a fair chance to lead an independent life in dignity.

Our Projects in Northeast India

Nepal – emergency on the roof of the world

Nepal is the destination of many tourists. But the living conditions in the rural areas have not changed fundamentally over the past few decades. Nepal remains one of the poorest countries in the world. And off the mountaineering trails basic education remains poor and the living conditions turn increasingly precarious due to environmental changes. Thus, the talented young men migrate to the Arab Emirates. With improved quality of education, vocational training and health prevention programs we build a bridge for the rural people to the future.

Our Projects in Nepal

Bangladesh – a country is flooded

80% of the inhabitants of the most densely populated country on earth live less than one meter above sea level. As climate changes and sea levels increase more than 100 million people in Bangladesh risk losing their house, their fields and their livelihoods. Already migration has begun. Over the last decades Assam has become the home of more than 10 million refugees from Bangladesh and Bengal.

Bangladesh has achieved significant progress in recent decades. Most children go to school. With micro-credits, millions have developed a livelihood. But the state lacks resources for education. In particular, the tribal communities are neglected. We have teamed up with strong local partners to effectively improve the quality of education and to create good livelihood for the people.

Our Projects in Bangladesch

Myanmar – a country in turbulent change

The country is on the way to democracy. The awakening can be felt in the cities. However, minorities continue to be persecuted and discriminated against and large sections of the rural population live in bitter poverty. We have started to implement small projects with stable, rooted partners.

Our Projects in Myanmar

Laos – a country deprived of the future

More bombs fell on Laos in the Vietnam war than on Europe in World War II. The country has about 7 million inhabitants. Less than half of the children have access to decent primary school education. The neighbors exploit the resources. While rapid economic development takes place in Vietnam, Thailand, and increasingly in Cambodia, Laos has so far missed out.
Our project in Laos is finished. The project focussed on the old traditions of silk weaving. We reached 200 villages.

Our Projects in Laos