Press Release: Childaid Network on Track for Children in Need 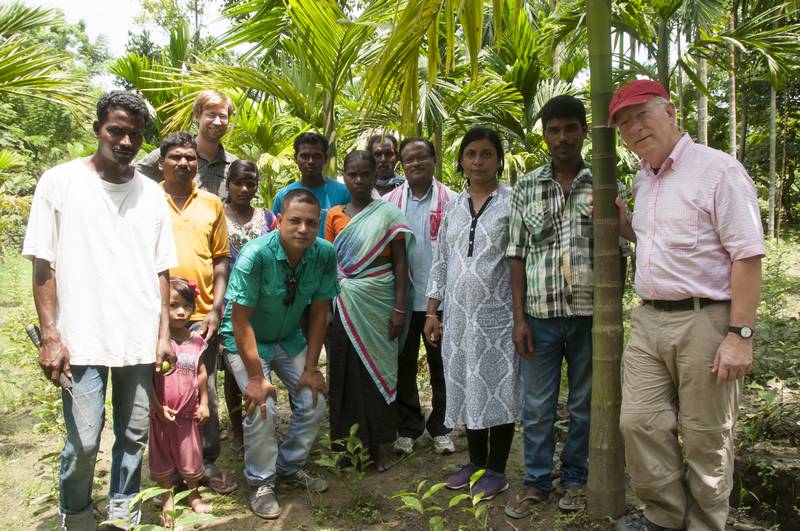 Press Release: Childaid Network on track for children in need

Königstein (pf) – Since January 2016, Michael Legeland is the new member of the honorary board of the Childaid Network foundation. 65-year-old Legeland, who lives in Königstein and was active in leading positions of big banks for over 40 years – for some years living in New York – replaces Dr. Brigitta Cladders, who will join the board of trustees. Michael Legeland, who now makes up the board of the foundation together with Dr. Martin Kasper and Dr. Ute Nieschalk, will be in charge of financial affairs. His tasks include taxation, accounting, financial investement, auditing, contracts and the legitimate application of funds. As successor of Hermann-Henrich Holtermann, he became acquainted with the foundation and his future tasks since 2014.

“I experience the work of Childaid Network as meaningful: Humane engagement is here connected with professional methods – for the benefit of underprivileged children”, Michael Legeland comments on his new occupation.

The success story of the foundation continues.

2015, there were 1.200.000€  available to be invested in projects in Nepal and Northeast India. This year, it will be around 1.500.000€ – the revenue of last year. “We hope that we can further increase our revenue this year”, says Dr. Martin Kasper. 300.000€ donations reached Childaid Network last year – for the victims of the Nepal earthquake alone. 40 schools with 25.000 students collected considerable 100.000€ with their campaign “Your Stone for Nepal”. Following the devastating earthquakes, which epicenters lay close to the project region, all schools are either heavily damaged or completely destroyed. School is running again, but only in provisory makeshift rooms, Dr. Kasper reports after having travelled to Nepal in December to see the consequences of the catastrophe with his own eyes. The foundation was able to acquire funds from the German Federal Ministry of Economic Cooperation and Development(BMZ) several times, each time with larger budgets. The ministry quadruples the donations of Childaid Network each time. 2015, they supported 2 bigger projects that way. For aid for Nepal, 350.000€ are provided for in the ministry’s allocation. For another vocational college in Assam, which is to offer vocational training for 500 people annually, 280.000€ will be available. In total, it will cost 376.000€.

This year, Childaid Network plans on sending project manager Robert Ewers to Northeast India. He will accompany and support the projects there, control their effectivity and improve their quality. By now, there are 30.000 children and adolescents in the area who can go to school or vocational trainings thanks to Childaid Network. 700 teachers and social workers, whose wages are paid for by the foundation, take care of them. Robert Ewers will also be working on acquiring new partners in the region and piloting an eLearning-based educational training. Accenture also supports Childaid Network again this year, not only with donations but also experts, who will be sent to Northeast India for three months at Accenture’s expense. One of them will be Caspar von Schoeler, son of Frankfurt’s ex-mayor Andreas von Schoeler. At ‘Campus Kronberg’, Accenture’s place of business, one can also find the offices of Childaid Network. An ex-colleague and friend of Dr. Kasper, who rents rooms for his company Archtexx Consulting there, provides Childaid Network with a big office and conference rooms – enough space for 3 permanent part-time employees, 25 volunteers who work there regularly and over 150 people more who volunteer for the foundation.

Detailed information about the different projects and reports from Nepal and Northeast India of the last years can be found on the newly designed webpage www.childaid.net. 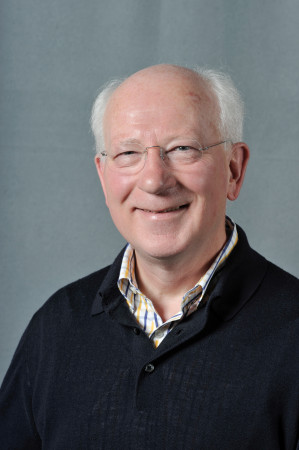 Bank and finance expert Michael Legeland is the new member in Childaid Network’s honorary board since January 2016. 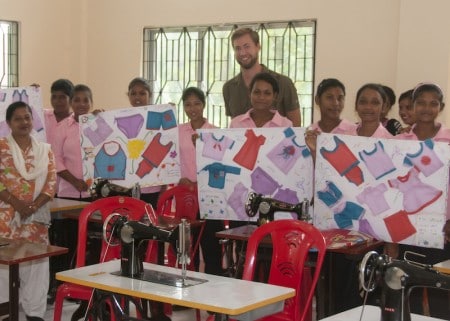