Kronberg Initiative 96 for One World „merged“ with Childaid Network 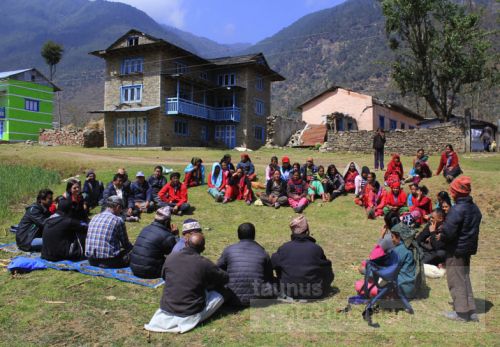 The projects of the Kronberg Initiative 96 for a World are gradually being transferred to the hands of Childaid Network. After successful project co-operations, the common goal is to pool resources and make efficient use of synergies. As a result, the already successfully implemented projects of the association can not only be secured in the long term, but also further promoted.

For 22 years, the Initiative Kronberg 96 for One World in Nepal in the Kumbu-Kasthali region has been working to improve the living conditions of the people there. And with great success. More than 30 years ago, it was the Kronberger, Walter Limberger, who got to know the region as a geographer and started projects with the Wiesbaden Helene Lange School in Nepal. Over the years, he was to build more than 30 schools for the children. The Chairman of the Initiative Kronberg 96 and One World and his wife Dr. Ing. Liselotte Thomsen were interested in his project. The spark to help the poorest of the poor, especially the children there, jumped over and he developed the independent Kronberger association, whose chairman became Christian Thomsen. Thomsen initially began to help improve the school system. “By 2014, we had expanded all seven schools to the level set by the school board,” he says.

And now they have found a way to secure the long-term achievements in Kumbu-Kasthali and to ensure that the projects continue there. “We have come to the decision that we want to gradually hand over the project we have been supporting since 1996 to Childaid”, announces Thomsen on behalf of the Board of Management.

For the members as well as for the narrow circle of the active ones certainly not an easy decision, after so many years of their commitment in Nepal to dissolve the association purely legally. But it suits them to go this way. Because at no time did the core managers of the Kronberg Initiative focus on the projects but on the local people.