Who will survive? – Education Key Determinant of the Future of Humanity 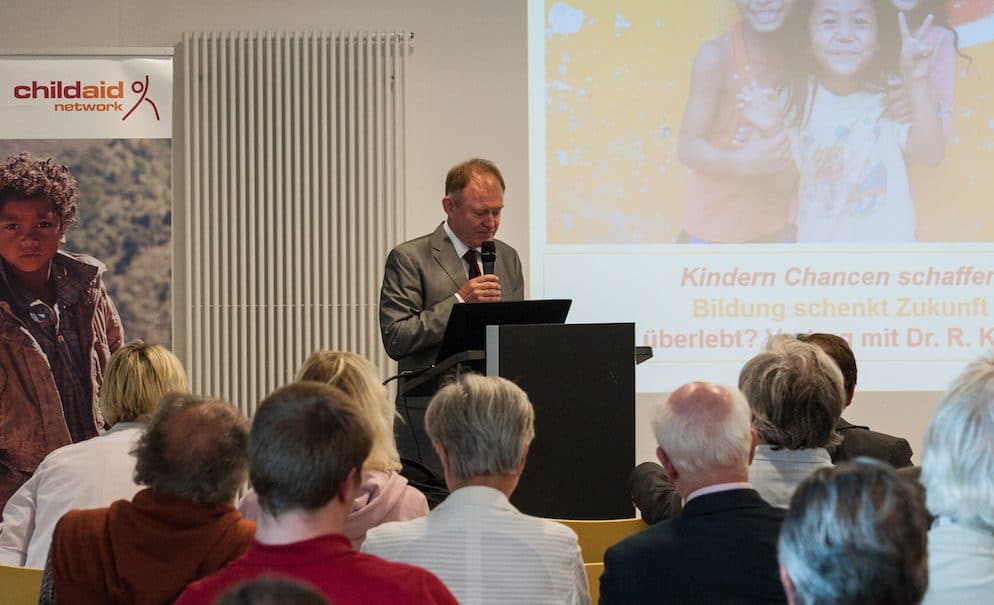 No education, no survival –

Dr. Reiner Klingholz gave a lecture at our Königsteiner Salon

Königstein (pf) – Neither climate nor resources – solely education is key to humanity’s survival. That is Dr. Reiner Klingholz’ conviction. On Tuesday, 5th of July, the chairman of the Berlin Institute for Population and Development visited the “Königsteiner Salon” to present his book. Co-authored with fellow scholar Dr. Wolfgang Lutz, professor at the Vienna University of Economics and Business and principal of the International Institute for Applied Systems Analysis (IIASA), the book is entitled: “Who will survive? Education will decide the future of humanity.”

“We are in the midst of a clash of educational cultures,” the experts hold. A clash affecting each and every one of us, for poverty, despair and terror know no borders. It was about time to invest into education globally, since without it, there will be no survival. The fault lines of the 21st century run between the well-educated and the uneducated, between societies of knowledge and those that obstruct or even thwart access to education, the scientists assert in their book. Only by the means of education could it be possible to fight and defeat the fundamentalisms of ISIS or Boko Haram and similar organizations. Yet, they point out that sadly, only a minor portion of international development funds is dedicated to education.

Humanity, at the start of the 21st century, stands at one of the greatest crossroads of its history. We have to defeat poverty, keep the demographic growth in check, fight the climate change and struggle for peace in a world that seemingly comes apart at the seams. Without sufficient education for the people in all countries, these problems will remain unsolved. The alternative to education is chaos, suffering, a demographic explosion and increasing problems. Sadly, the impact of education is only visible in time. It will not solve pressing issues on the spot. But on the long run, it is the only chance,” explained Dr. Reiner Klingholz recently in an interview.

The demography scholar, born 1953 in Ludwigshafen, studied chemistry, worked as research associate at the University of Hamburg and obtained his doctoral degree on macromolecular DNS-structures. From 1984 until 1989 he worked as journalist at the science department of the ZEIT newspaper, and from 1990 until 2000 at Geo, being also the managing editor at Geo Wissen. Since 2003 he chairs the Berlin Institute for Population and Development.

His book about the topic was published at Campus Verlag in 2015 (in German).