Day of the Child: Hesse’s pupils demand the realization of children’s rights 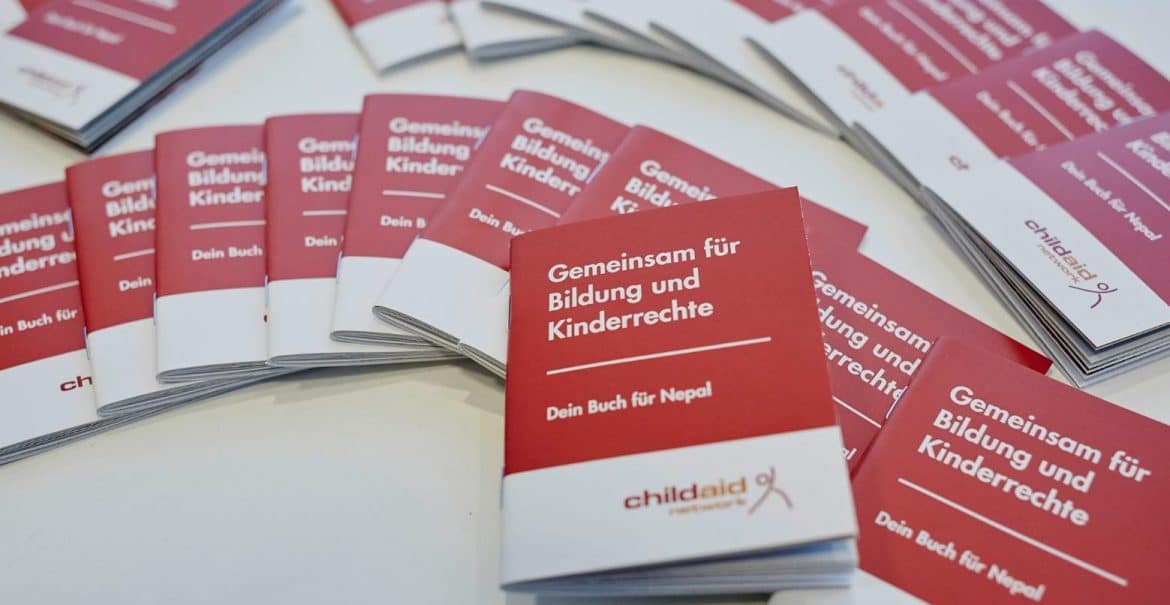 Student representatives from all over Hesse met yesterday at the invitation of Childaid Network in Frankfurt to the occasion of the “Day of Children’s Rights”. On the occasion of the 25th anniversary of the UN Convention on the Rights of the Child and today’s “International Day of the Child”, the pupils complained about the dramatic plight of many children in the world and addressed specific requests to the state government with the student rescue “finally realizing children’s rights”. At the same time, they launched a nation-wide solidarity campaign to offer concrete support to the children in Nepal, whose suffering is largely displaced by world populations after the earthquakes.

Children’s rights are often only written on paper

The Children’s Rights Convention with strong and detailed paragraphs has been the law almost everywhere in the world for 25 years. But still more than 150 million children are exploited as labor slaves. 250 million young people worldwide can not read and write because they were not allowed to go to school. Millions of children die each year from preventable diseases. In our rich societies, too, it is the children who suffer from poverty, sexual abuse or neglect. In this relentless analysis, the experts present, Dr. Martin Kasper, honorary board member of Childaid Network, Prof. Dr. Ursula Fasselt from Frankfurt University, Ann Kathrin Linsenhoff, UNICEF Germany, and Esther Rüden from Kindernothilfe. The schoolchildren reaffirmed in their resolution that they can not accept this situation.

Resolution of the student calls for serious efforts

“There is no good excuse for the children’s misery: in our world, there is enough resources to give all children their basic rights,” the students noted in their paper. And in an appeal to the regional government, they unanimously demand that the realization of children’s rights be put more strongly into the focus of society. “In my school run, the subject of children’s rights was briefly discussed twice. The lesson was limited to the brief designation of the most important rights. An analysis of the implementation or even a reflection on our participation rights did not take place “, Hibba Kauser, representative of the Land Student Council, described her experiences in a shaky speech. That is why the demands of the resolution begin with the appeal to the state government to strengthen the issue of children’s rights and measures to protect children in school curricula of all ages. “Even Nepal has now enshrined the children’s rights in its constitution,” explains the lawyer Prof. Dr. Fasselt, who has just returned from a childhood research project in Childaid Network. But we do not find children’s rights in the basic law. Responsibilities are fragmented. As implemented in North Rhine-Westphalia, the pupils therefore wish to be appointed to the Office of a Children’s Rights Officer in Hesse, which also publishes a comprehensive report on the situation of the observance of children’s rights and ensures the participation of young people. At the same time, they are encouraging the creation of an annual prize for the person or organization in Hesse, which is most effective in the implementation of children’s rights. “This would increase attention for this important issue,” said Dr. Ute Nieschalk, honorary director of Childaid Network.

“We are ready to take action ourselves,” the students promise in the resolution, and you could feel that. Presenter Daniel Fischer, Hit Radio FFH and Ambassador of Childaid Network, had a hard time coordinating the lively word messages and discussion contributions. “I was impressed with the quality and the level of commitment,” stated Sandra Hörbelt, deputy for the DZ BANK, who sponsored the event premises and entertainment. “We are glad that such an event takes place in our rooms.” Shary Reeves, the umbrella of the event, appealed to the students. “It depends on you. Because you are the future. Change is possible.” But it did not really require this call. Childaid Network had printed the children’s rights book “Your book for Nepal” in Pocket format for the day. It contains excerpts from the Convention on the Rights of the Child, as well as many statistics on the life of children worldwide. The present students creatively and creatively worked out the concepts of how to use the fibulae at their schools, thus improving their awareness of the child’s rights situation. At the same time, the sale of the booklets for each € 1 will generate enough income, so that schools for 6,000 students in the earthquake-troubled mountain regions of Nepal can be financed with books, climbing frames and teaching materials. A school delegation will cycle in the autumn with the bike itself in the mountains and symbolically give the collective results.

Start into the anniversary year

The Children’s Rights Day is part of a series of actions and events organized by Childaid Network to celebrate its ten-year anniversary. Under the motto “Give children the future”, the Königsteiner Foundation is committed to providing access to education for disadvantaged children and young people. With more than EUR 6.5 million in project funding, the lives of more than 110,000 young people, especially in South Asia, have been permanently changed since the foundation. In his greeting, Lord Mayor Peter Feldmann Childaid Network congratulated the anniversary and the most effective use in the project areas. “As the Lord Mayor of the City of Frankfurt, I am very proud that the Childaid Network Foundation and many other cooperation partners and campaigns in schools, day – care centers, libraries, museums, the International Day of the Child in Frankfurt is particularly active and celebrated” said Feldmann.